On a recent rainy day, I asked Mushroom what he would like to do (I know, a dangerous question!). His response was simply ‘Make cake Mummy.’ So we did.

We had some blueberries and raspberries left over so I looked up a few recipes online to see what we could do with them and then, as usual… We made up our own.

Here’s what we used (ingredients are approximate):

125 grams/half a cup of butter or margarine

375 grams/one and a half cups self-raising flour

Here’s what we did: 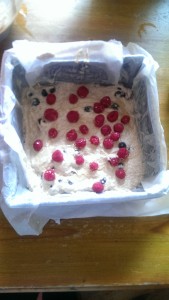 Add the remaining mixture to cover the raspberries (don’t worry if it doesn’t quite cover them, they will sink to the bottom anyway) and scatter with flaked almonds 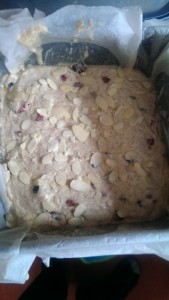 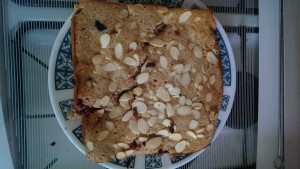 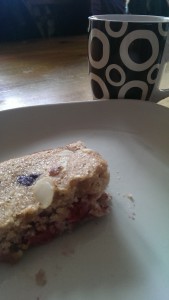