Nature in the city 12 | We found the rest of Victory Park!

Mushroom and I have been to Victory Park (part of the Olympic Park) many times before, to practice climbing on the rope bridge below. However, we knew there was another part that we hadn’t yet managed to find (admittedly, we hadn’t looked very hard!). 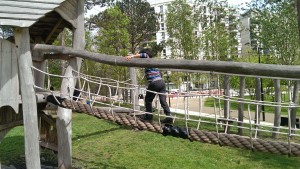 Mr B had told me ages ago that he has taken Mushroom to ‘the bit with the mirrors’ but I didn’t know what he meant and hadn’t been able to see it. Then, on the May Bank Holiday*, we were just going for a wander and we stumbled across it purely by accident! I realised then that the reason I hadn’t been able to see it before, is because at the angle from which I had been looking, it simply reflected the grass and became invisible!

We enjoyed playing hide and seek..

It’s all about the angles…

Can you spot Mushroom?

and afterwards, we looked and listened out for local wildlife (not as many butterflies as we would have liked and a LOT of birdsong)… 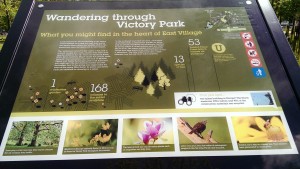 and then we came across this guy! 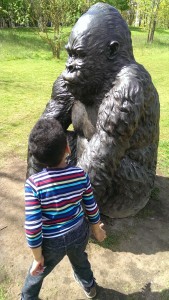 We were lucky with the weather and really enjoyed our day, which ended with some time playing in the giant sandpit hidden away between two blocks of flats just round the corner from Neighbourhood (highly recommended for lunch if you’re in the area!). Even though it was a sunny day, there weren’t many people here. Partly because it’s so hidden but it also doesn’t get much sun in the afternoon (so I was freezing! But Mushroom was happy). 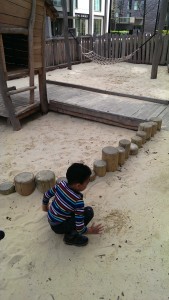 I am linking this post up to Coombe Mill‘s Country Kids.

*I’m cheating a bit as this little adventure actually took place over the last bank holiday weekend but it’s taken me that long to sort out the photos! Click on the image above to find out more and read other outdoor adventures.

6 thoughts on “Nature in the city 12 | We found the rest of Victory Park!”