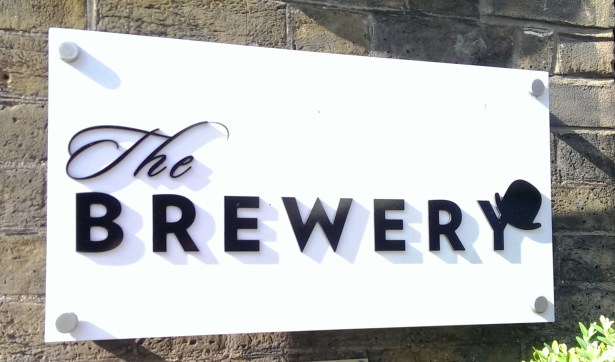 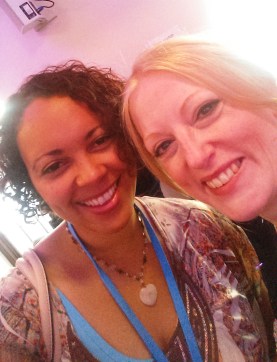 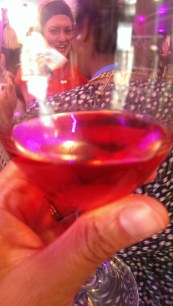 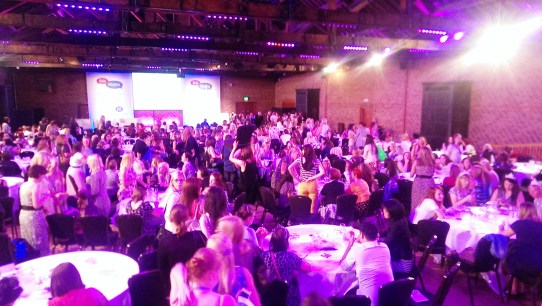 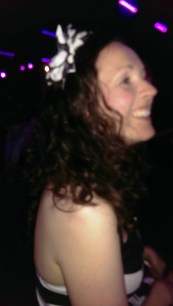 See the child. Change the system

What was your childhood like? If, on balance, it was fairly pleasant then I’m sure you’re aware how lucky you are. Today, there are 3.5 million children in the UK who are living in poverty and almost 1.5 million children experience neglect. 500,000 children are referred to social services annually.

Founder and Director of Kids Company Camila Batmanghelidjh shared these staggering statistics at BritMums Live last week, as part of a panel discussion on advocacy and charity campaigns. I was also lucky enough to speak to her briefly afterwards, when she shared a bit more about why the system is failing and what we can do to help.

Of those children who do get referred, many are still not getting the help they need. A recent report from the Centre for Social Justice revealed widespread despair from many of those working within the system.

I had an idea that things were bad from talking to friends and family who are, or work with social workers but these numbers really hit home. So, what can we do about it?

The delivery of care in Britain is not fit for purpose. To address this, Kids Company has launched a campaign to enable the creation of an Independent Task Force that can re-design social care and mental health services for children, bringing together people from a range of backgrounds to bring about change for vulnerable children. Find out more about the campaign.

How can I help?

Just sign the petition. You can sign by simply texting I SEE to 63000 (standard network charges apply and no donation is taken) or at seethechild.org 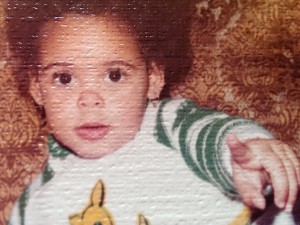 I’m supporting the #seethechild campaign to help 1.5m children suffering in UK.
To add your voice, sign at seethechild.org or text I SEE to 63000

Conversations with Mushroom #2: It’s NOT a cafe!

Mr B, Mushroom and I were walking back from a family afternoon out. As we passed a local primary school, Mr B and I started to discuss whether it would be worth considering this one as one of Mushroom’s choices. Mushroom was clearly interested in the conversation and eventually asked…

Mushroom: MummyDaddy what you talking?

Mr B: *points to school playground* Mushroom, do you know what this is?

Mushroom: Yes. It a school. It’s MY school. When I am bigger.

Mr B: *to me* Can we include it though? It’s Catholic…

Me: I think faith schools have to accept some non religious students don’t they? I don’t know… It’s a good school from what I know but yes, it is a Catholic school…

Mushroom: It’s NOT A CAFE!

Mushroom: *sighs* It’s not a cafe MummyDaddy. It’s MY school. For when I bigger. Ok?

If you read Conversations with Mushroom#1, you might start to notice a theme here..! 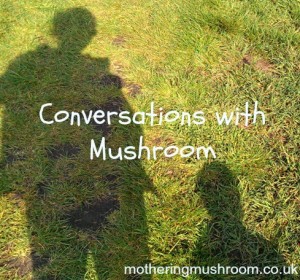 I love potatoes, they’re so versatile as either an accompaniment to a meal, or a meal in itself! My favourite (savoury) comfort food, after pasta, is mashed potatoes. You can’t beat a mouthful of creamy, buttery mashed potatoes. So when I received an email asking if I’d like to try GreenVale potatoes, an ‘all-rounder potato’ with ‘a creamy, buttery taste’ of course I said yes! Also, we were out of potatoes…

Here’s what GreenVale has to say about their potatoes:

And what do I think?

I’ll be honest, I was dubious. I usually use whatever is on offer at the supermarket. So many potato brands claim to be good ‘all rounders’ and I tend to find I don’t quite agree. However when it came to Greenvale potatoes, I have to say that they really are a the perfect all-round potato (at least for me)! They were so easy to peel and the flesh was a lovely yellow colour. They were firm, and stayed fresh and firm for just over a week (by which time we’d eaten them all, so possibly longer), whereas some of the supermarket brands we usually buy are often soft or even sprouting in that time. We made mash (obviously), masala wedges and I had intended to make honey mustard roasties but Mr B used up the remaining potatoes when he cooked (mash again)! 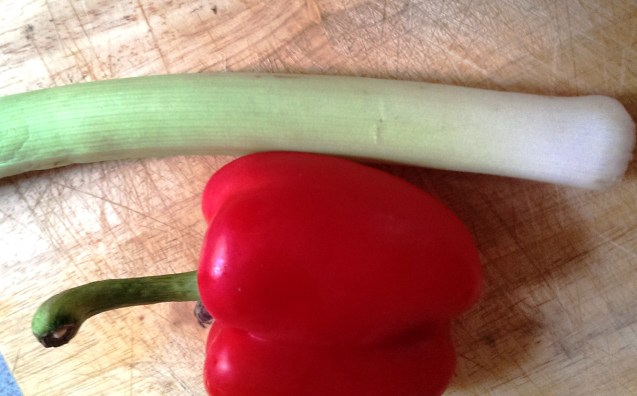 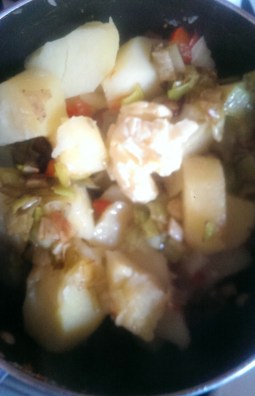 …add to chopped boiled potatoes. Buttery enough without butter, Mr B said, but I couldn’t resist adding a little… 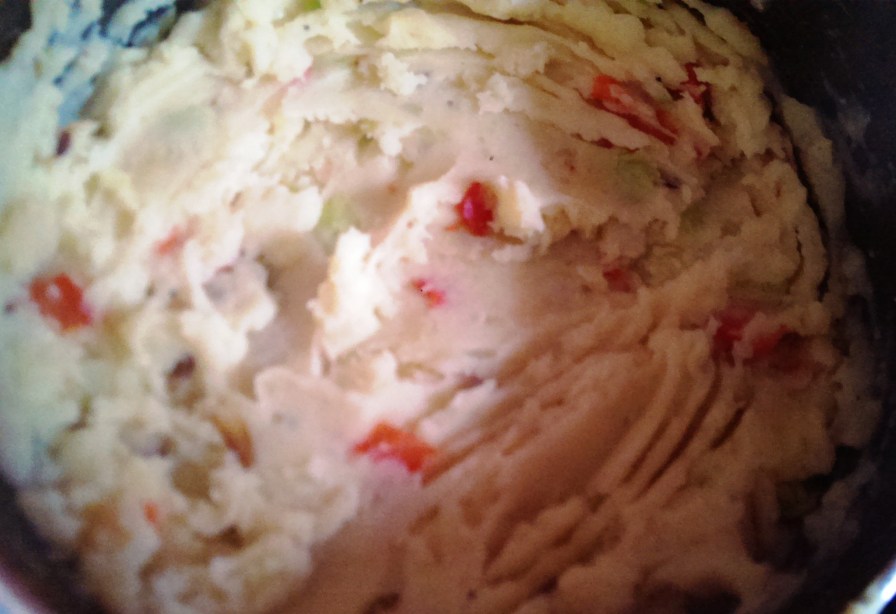 This picture doesn’t do it justice. I could eat a whole pan! Add gravy for extra comfort.

GreenVale potatoes are £2.50 per 2kg sack from Tesco and I will definitely be looking out for them (I haven’t seen them at my local Tesco yet) to buy and see how they roast (I’m sure I won’t be disappointed)! Unless you already buy your veg fresh from a local source, or grow your own – then I highly recommend these potatoes.

Disclosure: I received a 2kg sack bag of GreenVale potatoes for the purposes of this review but opinions (and recipes!) are my own. Read my full PR and disclosure policy here.