Last month, Mushroom and I went to our first ‘family rave.’

Hosted by Big Fish Little Fish and held at venues across London, these family raves are basically mini festivals aimed at families. The aim is for both parents and kids to enjoy the event, which we all did!

The theme of the rave we went to was the Enchanted forest and there were related crafts for the children to do, as well as face painting, tattoos (temporary of course!) and a professional DJ playing club classics throughout. When we first arrived, Mushroom and I were a little overwhelmed so as his friend Peanut rushed straight in and started to dance straight away, he asked me to hold him while we both took it all in! The lights, club visuals and lighting, everyone waving glowsticks and some of the kids wearing tails. 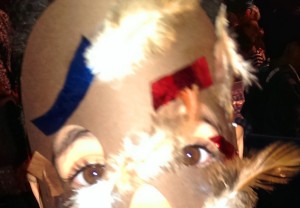 Once Mushroom had warmed up by sitting down to a craft activity, he had a little dance and then said that he needed to ‘get out of here.’ Luckily, there was a chill out room (yes really)! Aimed at babies and perfect for those who are a bit sensitive and need somewhere quieter to go, Mushroom enjoyed playing in the tents dotted around the room and listening to chill out music. It was in this room that we noticed that almost all of the children were wearing tails and realised they were there to be borrowed! Mushroom loves dressing up and his face lit up when he managed to find a tail each for him and Peanut to wear!

After some downtime and a snack, I asked Mushroom if he wanted to dance and he said that could do ‘the tail feather dance’, which he did. It was perfect timing as it was near the end of the rave and after he and Peanut danced under a giant ‘parachute’, tikker tape rained down on everyone before the bubble machine started and the party wound down. 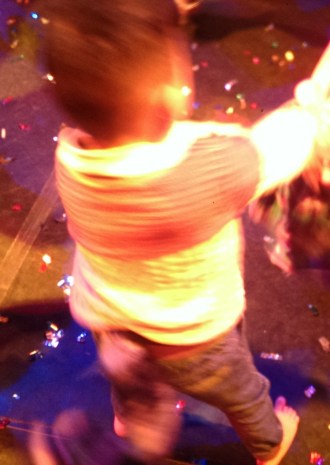 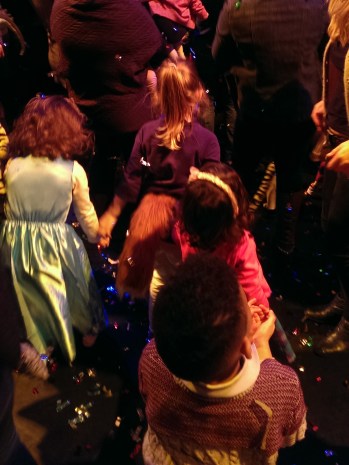 On the way out we received very welcome complimentary smoothies and snacks courtesy of Happy Monkey and Bear Snacks. We had such a good time that we’re already planning to book our tickets for the October date!

Disclosure: We paid for our tickets to this event, we just enjoyed it so much we wanted to share! Find out more about Big Fish Little Fish events over on their website.