As you might recall, last weekend was rather wet and windy. On Sunday, Mushroom and I had just popped out for a quick walk to the shops to pick up some milk, when he remarked ‘Hey, wind, stop that! Stop pushing me!’ I looked back to see him literally ‘pushing’ the wind back… It gave me an idea… ‘Hey Mushroom,’ I said, ‘…shall we get a kite?’ His face lit up.

He’s seen a few kites around lately and was particularly excited when someone’s kite flew off and they had to run all the way across (a very large) park to retrieve it. Apart from when we met the recycled kite man last year (apparently he’s still around. We’ve not seen him though…) he’s never flown a kite himself. I didn’t need to ask twice. We bypassed the shop, headed straight for the local pound shop opposite and found a kite… For just over  £1! Bargain.

We headed over to Jubilee Park and on the way, I sung Mushroom ‘Let’s go fly a kite‘ from Mary Poppins, which he loved, and asked me to sing again. and again. I was relieved when we got there and he shifted his attention to unwrapping the kite. ‘It’s a bit scary,’ he said… 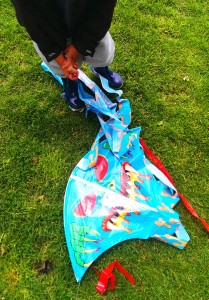 A second later he started laughing. ‘I’m not scared! Haha. You think I scared!’ Little comedian.

Here are some photos of us flying the kite! 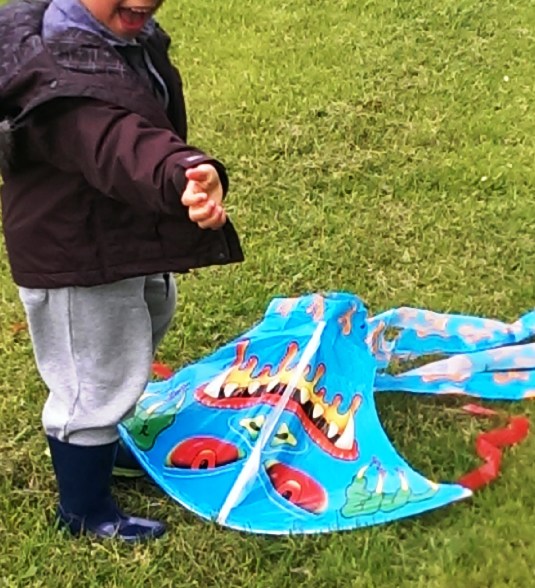 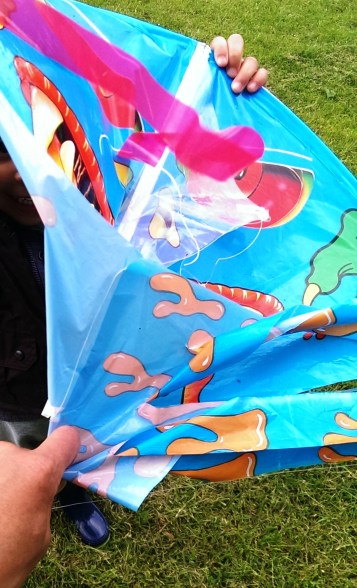 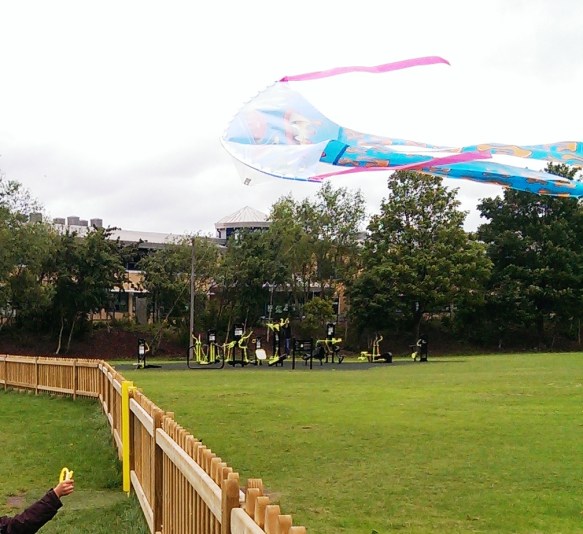 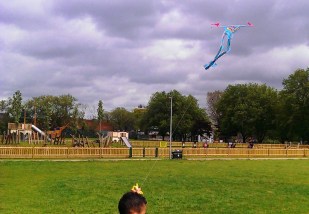 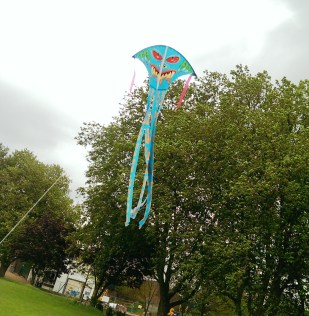 Of course, we forgot to buy the milk we went out for in the first place! It was worth it though.

I am linking up to Coombe Mill‘s Country Kids  with this post. Click on the image below to find out more.