Nature in the city 9: From planting ‘trees’ to grass stained knees

It’s been a while since I’ve had a Nature in the city post here, mostly because our recent outdoor adventures have been in local parks, which I’ve either written about before, or involve playing on equipment (awesome equipment, but still), which is not necessarily natural.

Over the past week, however, we did a few of things that I feel fit the ‘nature’ category much more clearly. I’m not sure of the order we did things in now (I know, it’s only been a week!), so here’s our week of nature, in no particular order…

Ok, they’re not really trees but it’s still nature. Mushroom found some fallen branches in a clearing, got busy with a stick and popped the branch in before asking my help to fill in the hole. ‘Mummy I made a tree!’ He told me proudly. 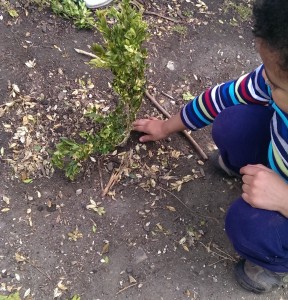 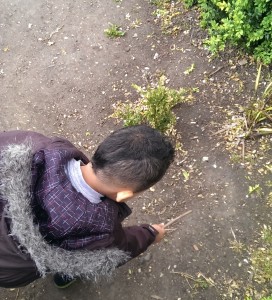 We came back a few days later and it was still there!

One damp morning, we decided to go for an early walk to see what creepy crawlies we could find. There were plenty of worms but what struck us was this dew-soaked spider’s web. ‘So pretty,’ he said. I agreed. Can you spot the spider hiding underneath? 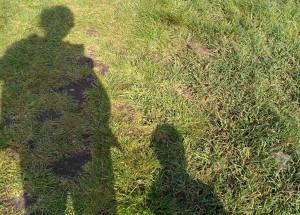 We spot the spider’s web… 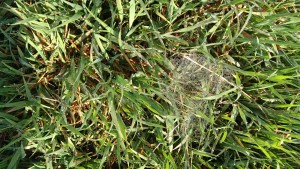 ..and move in for a closer look!

Taking time to smell the tulips

I love tulips and had mentioned this to Mushroom when someone bought me some for my birthday earlier this year. This day was the first time Mushroom had seen them in the park. He stopped and said ‘It’s Mummy’s favourite one!’ Here he is taking a closer look… 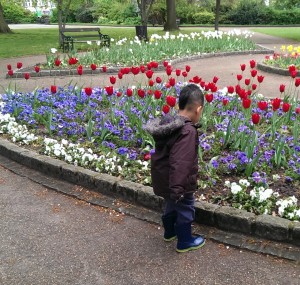 Give a kid a stick…. Mushroom discusses the logistics of digging a big hole with his friend. Should they big one enormous hole, or two ‘quite big sort of little’ ones? It was all very serious. 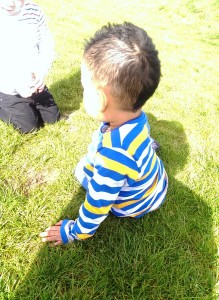 This is my favourite activity of the past week although the photo doesn’t so it justice. All the others showed his face clearly, which those of you who visit this blog regularly will know I try to avoid. But trust me, this is him at the bottom of a really big hill… 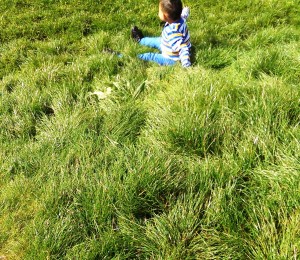 He enjoyed himself so much he kept on rolling! 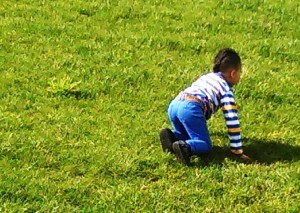