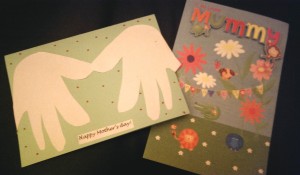 On the day itself, I received two cards from Mushroom. One he’d made for me at nursery and another he chose together with Mr B. We went out just the two of us for mini cakes and a babychino (for him! Hot chocolate with cream for me) and played together in the afternoon, during which time we had a bit of whining, and the witching hour was still… Well, the witching hour! Mr B bought takeaway so I didn’t have to cook, which did ease the evening a little… So. My Mother’s Day was… Perfectly Imperfect (yeah I know, I say that a lot. That’s parenting!).

My Mother’s Day moment came the next day…

The below photo is me and my Mum, who passed away in 2007. It was sudden and unexpected and it took a long time to find what the new normal looked it afterwards. Mushroom was born in 2011, four years later. I see a lot of her in him and sometimes that’s lovely, and sometimes sad. It’s bittersweet. 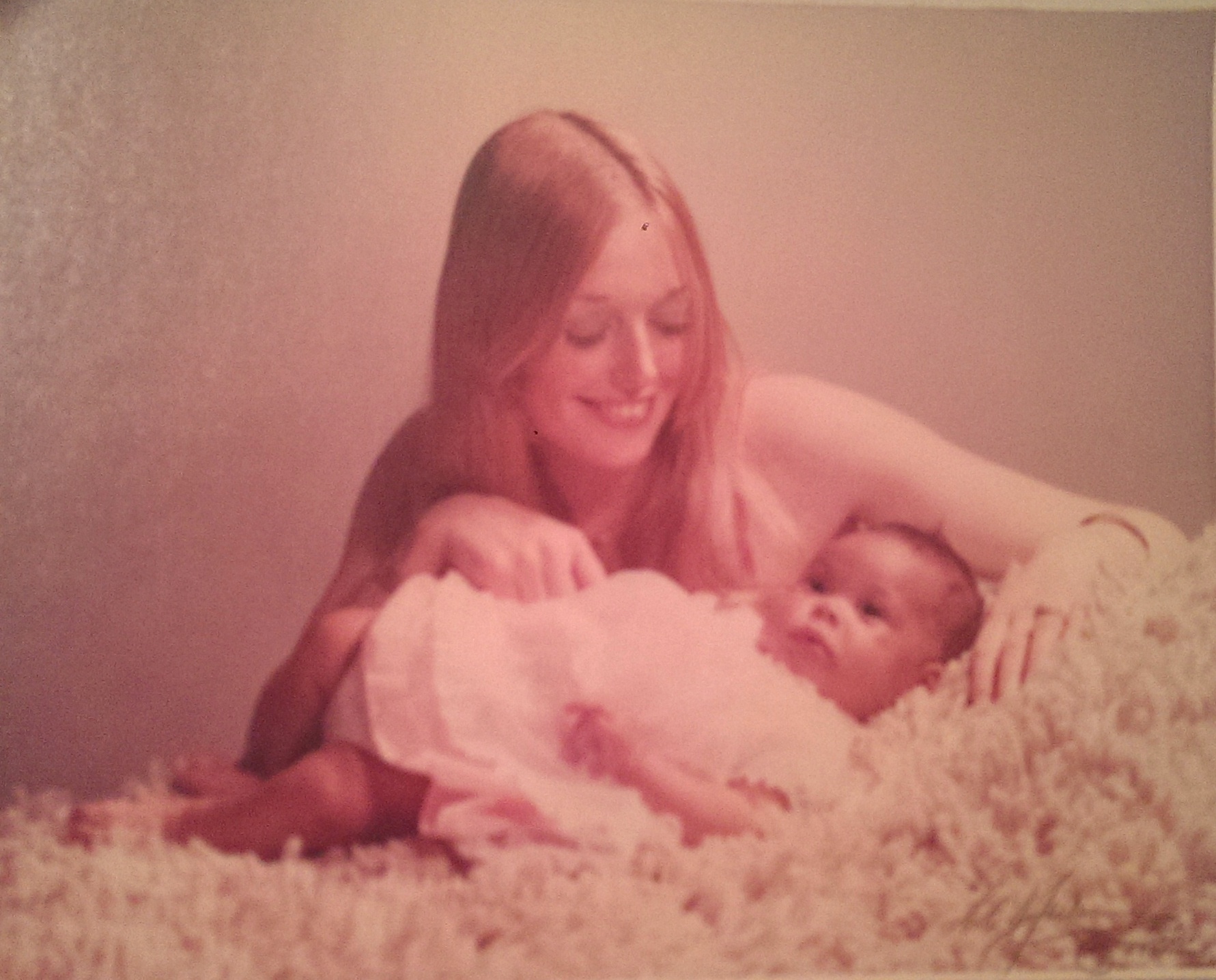 Mushroom and I talk about my Mum every now and then, and he knows that sometimes I get a bit sad because I miss her. On Sunday he had asked a few questions about her during the day and then we went on to talk about other things. It wasn’t a big deal.

I had forgotten about our conversation by bedtime on Monday, when he asked to brush my hair. He had been playing me up and I thought it might relax us both so I agreed. It’s not an unusual request, he does fancy himself as a bit of an artist and this is just another opportunity to create. What was unusual is that he clearly had something in mind as he worked. He brushed, and rebrushed, moved to stand in front of me to get my parting just so, saying ‘No no no. Keep still. Turn this way,’ holding my chin to view his work. Finally, he announced, ‘finished!’ My hair had a centre parting and hung a little in my eyes (as much as frizz can). With a satisfied look in his face, Mushroom said, ‘Now you look beautiful. You hair is like your Mummy, see?’ I caught my breath. He had been trying to make me look like my Mum… and for me, that was the most beautiful Mother’s Day moment.

4 thoughts on “A Mother’s Day moment”