Am I mothering mushroom mindfully? 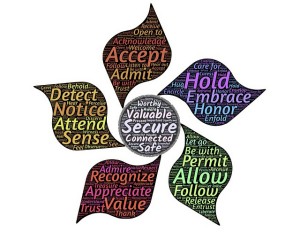 I talk quite a lot about mindfulness and meditation.

I even wrote a blog post mindful meditation for Story Of Mum around this time last year. As some of you may have noticed, I use my coaching experience a lot in my parenting style and I’m definitely an advocate of gentle parenting. And, as you might imagine, my best parenting moments happen when I am mindful – paying attention to the present moment and taking a breath before responding (rather than reacting) to the situation at hand… So with all this in mind,

Am I mothering Mushroom mindfully?

Well, that’s the short answer. In truth, I try. But honestly, it’s an afterthought more often than I care to admit. However, I am admitting it, and will continue to be honest about how I parent as it’s not very helpful to pretend I’m the Zen Mother when I’m really not, and perpetuating this myth doesn’t help other parents who might be feeling guilty in their moments of weakness….

So here’s some truth: I try to be mindful. I usually start the day pretty well if I’d managed to get in a shower before Mushroom wakes up (if I get time for a hot drink first, then I am pretty zen for at least a few hours! But you can imagine how often than happens before 6am, right?). I know that when I pause before responding to shouty temper tantrums and consider what lies beneath them and respond to that, rather than the scary ball of rage flailing before me, I get a better (and more sustained) outcome than when I shout back. I know that kids spill stuff sometimes (we all do!) and that it’s not something to get cross about and I know that sometimes we all take a long (loooong) time to wind down and get to sleep. I also know that we all have grumpy days when we don’t feel like playing.

I wake up grumpy. I get cross when Mushroom walks into the bathroom while I’m still in the shower, whining that he’s hungry and wants breakfast now. I do sometimes shout “Calm down!” when he has a scary tantrum (like that ever works). I have been known to say “Oh for goodness sake” when Mushroom spills his drink into his dinner – as though he did it on purpose – and I have been tempted to tell him to “Go the F**k To Sleep” (Yes that’s a real book. Not for the kids! – also *this is not an affiliate link) when he just. won’t. settle. I could do on but you get the idea, right? Sure you might recognise some of these (and can add a few of your own)! So, my parenting is not always mindful. It’s imperfect, some days it’s really messy (to put it politely). But you know what?

I refuse to carry guilt or shame for this.

Sure, sometimes I feel bad for a bit afterwards, but that’s just processing my thoughts and it passes. If I’m really out of order then once I’m calmed down, I say sorry to Mushroom and he forgives me. Every time. And then?

My latest imperfect parenting moments were during half-term. Mushroom went to a fantastic Fit for Sport holiday club (more on that next half-term) for a couple of days and although he enjoyed it, it was a big deal for him. I knew it would be, and that he would need a lot of holding (emotionally and physically) afterwards. I had also promised him a ‘hands-free’ half-term, and had bought a watch especially so I could leave my phone at home… But I failed to explain to Mushroom that I needed to do extra work on the Monday and Tuesday to achieve this the rest of the week. So when I collected him I still had work stuff on my mind, I had my phone on me and I wasn’t wearing my watch. So I checked my phone for the time when I got there, then told him he was too big for a carry because my back was hurting…. So I shouldn’t have been surprised when he got mad. Really mad. Bitey mad. He hasn’t tried biting for years so I was taken aback. And so was he. I picked him up. I said sorry, and he said sorry too, “but you promised you wouldn’t do your phone Mummy” with tears in his eyes. Hands up. Yeah I did. We talked. We forgave each other. We’re both human, we both make mistakes.

And then we move on.

In the very early stages of motherhood I worried about whether I was doing things ‘right’ but as time went on, I realised quickly that what’s right for others might not be right for us. And the memory of my own mother strengthened my knowledge that I don’t have to be ‘right’ anyway. She wasn’t actually perfect (who is? But it’s easy to pretend those who have passed had no faults in life isn’t it?)… but as a parent, she was perfect for me. The more parenting challenges I face myself the more I remember how she managed them. As I bring back these memories, I realise more and more that her greatest gift as a parent was not hiding her messiness. Her realness. Herself. I saw her cry in moments of weakness. I saw her shout in moments of anger. I saw her remorse when she did. I saw Her. All of her. And with her, I could be all of me. That’s how I learned what love is.

This. All of this is why I’m writing my Proudly Imperfect Parents e-course

Back in March, I held a coached workshop for working mums. It went well and I enjoyed it but the feedback I got from this, and from many of those who didn’t (or couldn’t) attend, was that letting go of perfection in parenting is a general theme that really needs addressing – for all parents. Whether you’re a WAHM, WAHD, WM, WD, SAHM or SAHD (Dads are part of the parenting equation too), many of us wonder whether we’re ‘good enough’.

I wonder this in my work sometimes, which is why the creation of this coached e-course stalled for a while but I’m on it now and I’m creating it for you. So, if you’ve ever read an article or blog post or had a conversation about imperfect parenting and thought ‘yes!’ but inside not really believed it’s ok… Then you might just like it.

To stay up to date with how I’m getting on, you can sign up to the mailing list below. I promise there will be an update before Christmas (and watch out for a super special offer for subscribers once the course is complete)!

2 thoughts on “Am I mothering mushroom mindfully?”