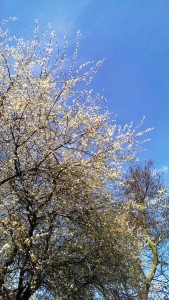 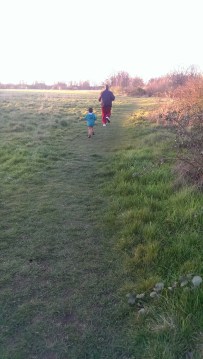 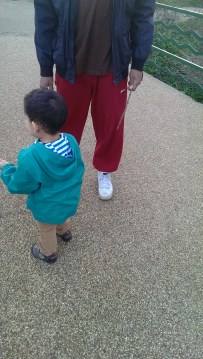 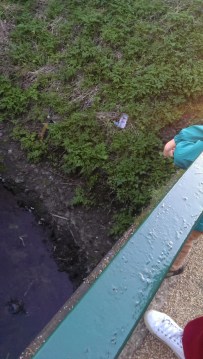 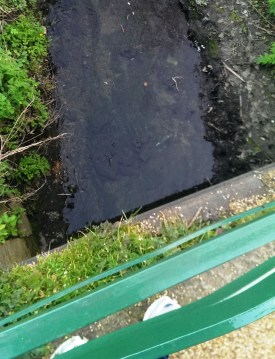 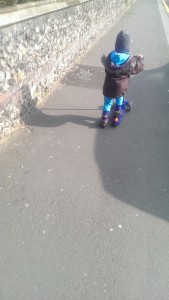 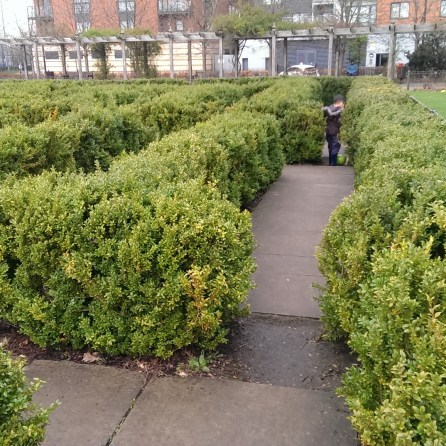 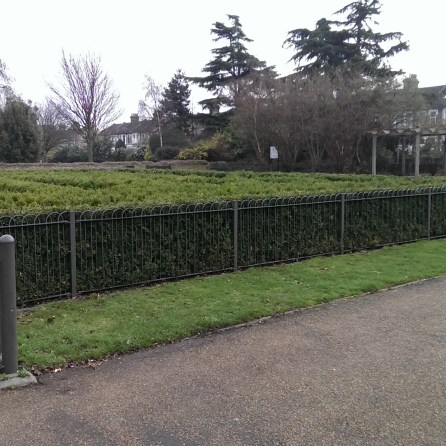 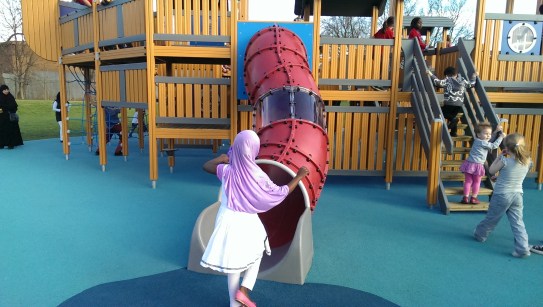 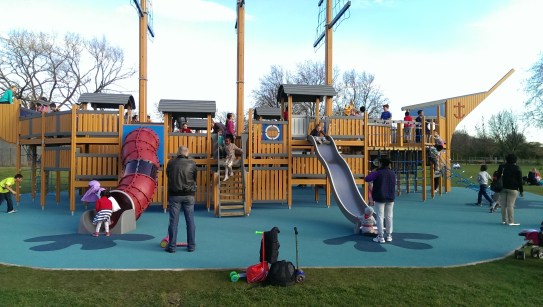 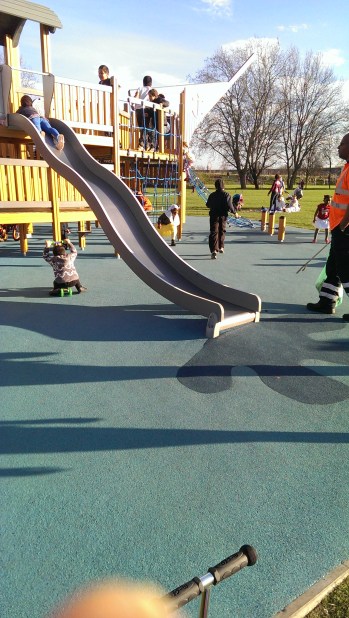 Nature in the city 6: Autumn leaves

This week we thought we’d make the most of the autumn leaves before the snow descends (it’s coming soon, apparently!) and makes them all slimy. ‘Cause it’s all about the crunch, right?

Sadly, although we did go out and kick some leaves, a lot of them were already pretty slimy from the rain… 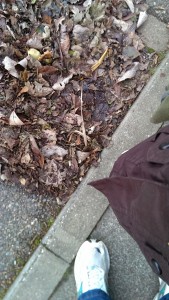 So I’m cheating a little this week and using photos from when the leaves were crunchy a couple of weeks back! It’s still nature in the city right? And autumn is almost over so wanted to share this before it’s too late.

So, it was a cold but sunny afternoon and we were headed to the park but Mushroom couldn’t wait that long. He saw a nice tidy pile by a tree on the corner of our street. ‘Can I Mummy…?’ I said no at first (someone had obviously gone the the trouble of sweeping them up) but he insisted ‘Kick leaves! This, leaves!’ He didn’t understand why we should wait til we got the the park. So I told him to go ahead and kick! 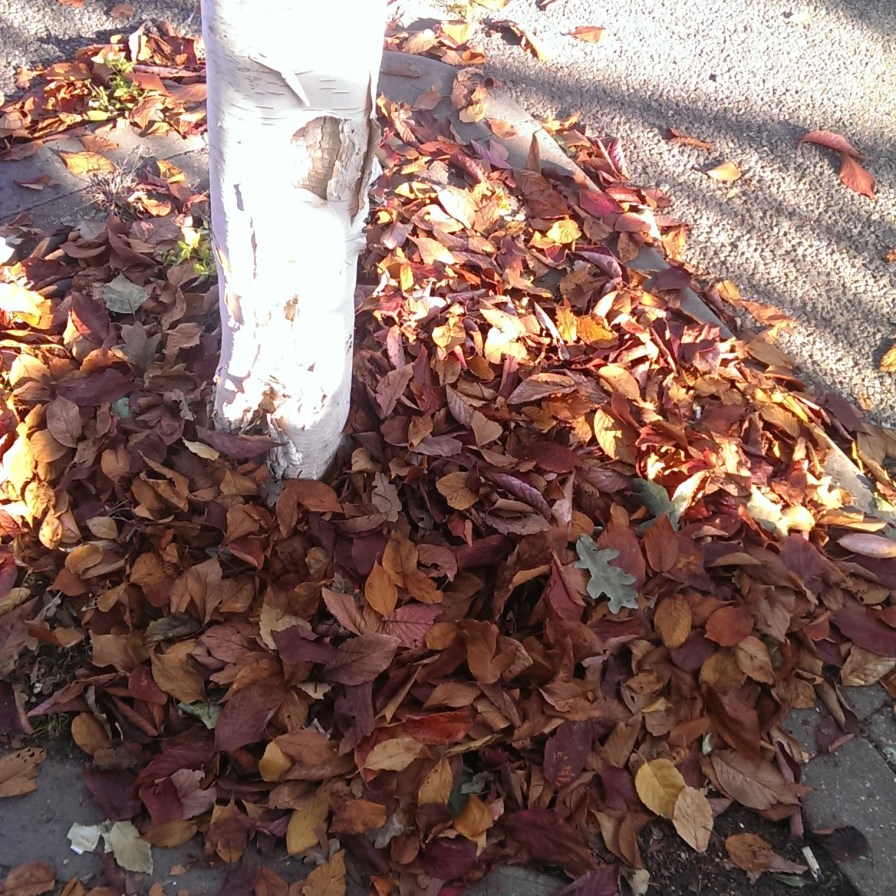 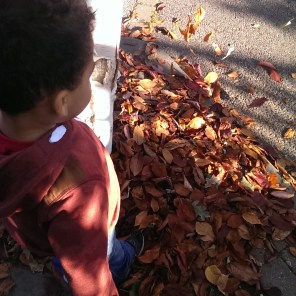 Can I make a mess Mummy? Really? 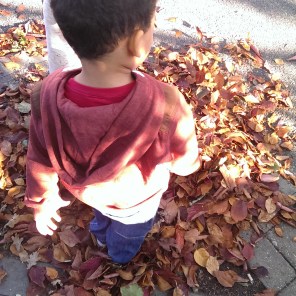 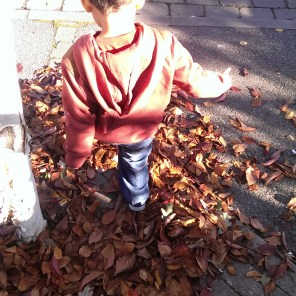 The look on his face was worth the guilt of messing up someone’s nice tidy pile… I hope they weren’t too upset the next day!

Nature in the city 5: Pigeons and puddles

It’s been a couple of weeks since my last nature in the city post so these photos are from the past two – three weeks…. The pigeons we chased last Saturday, while waiting for a friend to pick us up from Sainsbury’s in Ilford! So right in the middle of the high street, opposite a massive shopping mall, we managed to find a little nature.

Mushroom asked why they were eating the ‘dirty bread’ and wanted to touch one. They weren’t so keen! 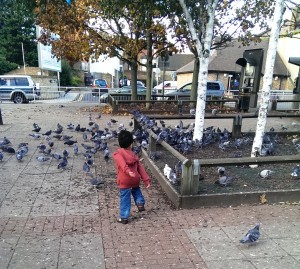 Neither was he, really. When he got up a bit closer he squealed and ran back to me laughing. He couldn’t understand why some flew away and some didn’t. We had a bit of a conversation about city bird and country birds and why, although it’s a kind and generous offer, we shouldn’t give the pigeons any of his sweets…

The puddle pictures are from the week before after particularly heavy rainfall. We headed back to Coronation Gardens with our boots on for a bit of puddle jumping.

The puddles by the bandstand were so big that Mushroom asked if he could go swimming in one! I think we was making a joke (I hope so). A leaf dropped and he asked about the ‘circles’ it made in the water… 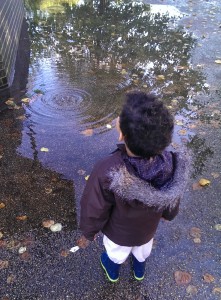 Then he was ready…. Splash!! 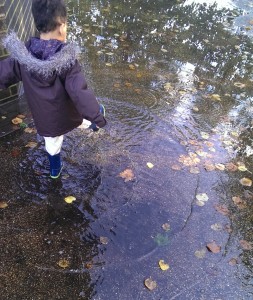 If enjoyed these photos you might also like something I wrote on my other blog (it’s more prose than poetry but see what you think), last month :  Pigeons and puddles. 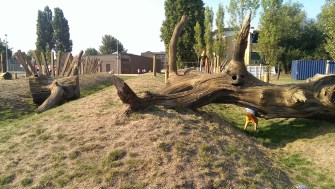 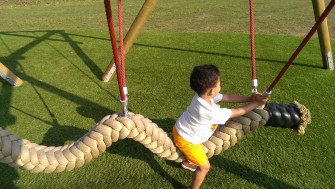